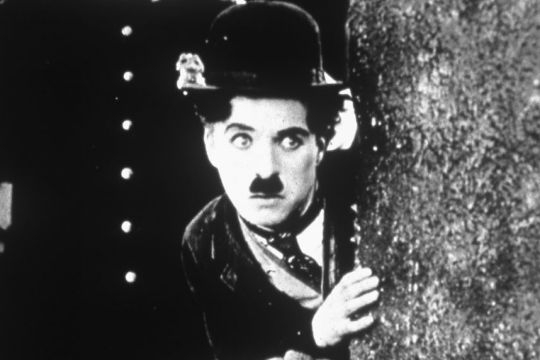 The lovely, romantic and rebellious years of the 1920s inspired us to create the series of silent movie screenings in ONO bar, and evoke the atmosphere of this era, that was introduced also by Baz Luhrmann’s movie: The Great Gatsby.

The 1920s were rebellious years for many reasons. This was also called the “Jazz Age”. Jazz – the music that was born in New Orleans and considered as a very immoral music by the older generation of the time. 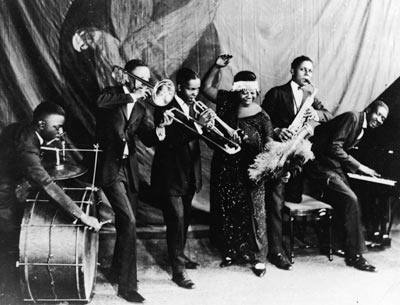 An American jazz band of the 1920’s / source: 1920sentertainmentbybrianna.weebly.com

This was the era of the ‘flapper’ girls, who were wearing short skirts, short bob haircut, heavy make-up and they were smoking and drinking. Although nowadays it is normal, that time it was a really corrupt behaviour… Until the 20th century nobody was kissing in public places in America, so you can imagine. 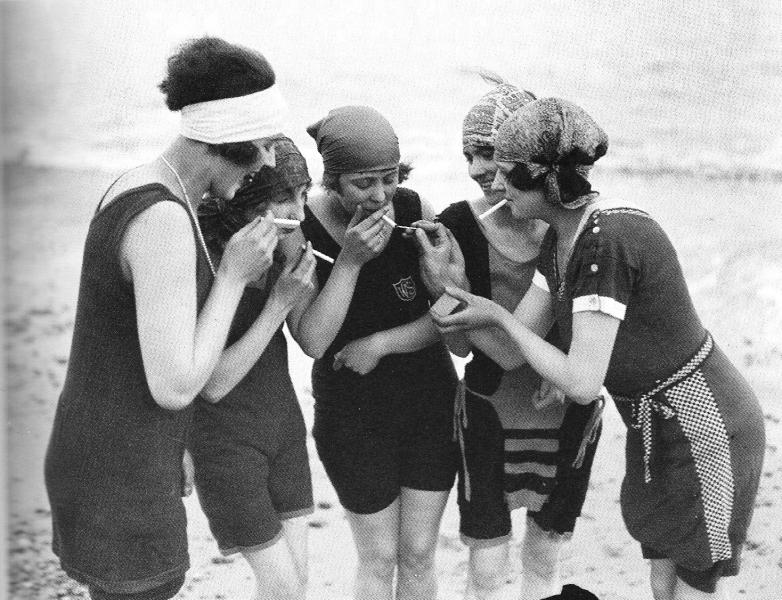 This was the era of ‘charleston’ dance, that was born in South Carolina. It was the time when surrealism was born and art deco became a fashion. This was the era of Louis Amstrong, Charlie Chaplin, Greta Garbo, Ernst Hemingway, F. Scott Fitzgerald,  Sigmund Freud, Salvador Dalí, Pablo Picasso, Miró, Kandinsky and Al Capone. 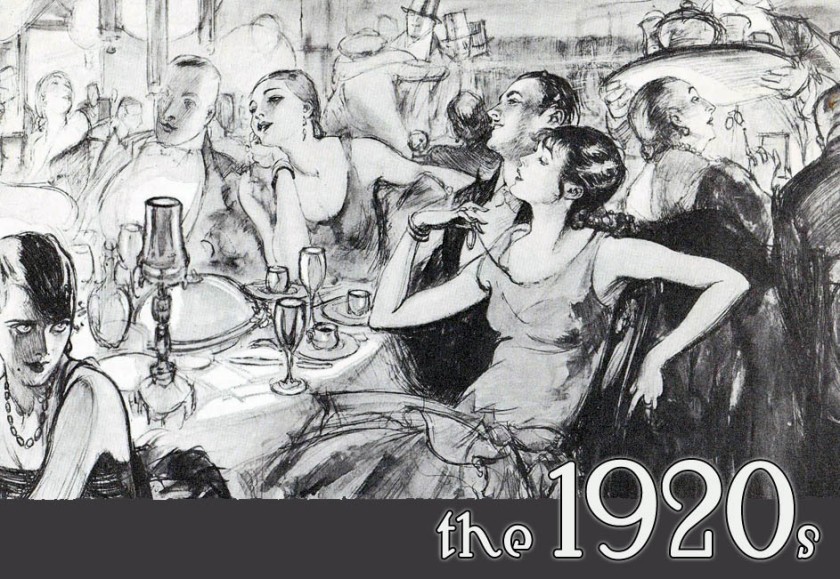 And also the short period of silent cinema – called the Age of the Silver Screen – from 1895 until 1928, when the sound film was invented.

The birth of the motion picture was only 123 years ago, when the Lumiere brothers did the first screening ever in 1895 in Paris Grand Café. They recorded a train’s arrival to the station, and the film was so shocking for some people, that they were running out from the screening, because they couldn’t understand that the train is not real. 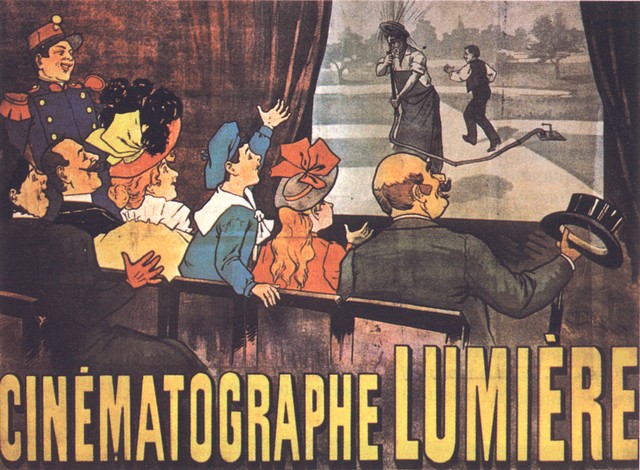 Only a year later in the USA they made a short movie called ‘The kiss’, which was the first kissing scene of the movie history and really shocked the audience, especially the Roman Catholic Church. 🙂 In some places they called the police for action after screenings. But of course it became the most popular movie of its time. 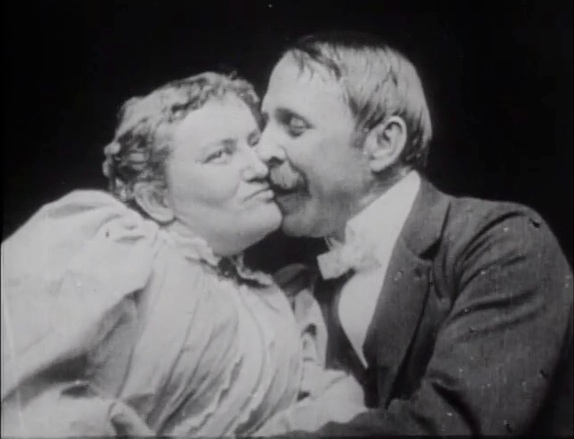 At the beginning of the silent movie era the screenings took place only in theaters in the short break of the theater plays. But within a short time – because of the high interest for motion picture – the first ‘nickelodeons’ or movie theaters opened in Buffalo, Los Angeles and New York.

But there were no silence during the screenings. There were always some music, mainly played by a pianist, or in the more popular places a whole band was playing live music while screenings. So the people of this age never called it silent cinema. This name created only after the appearence of the sound film. 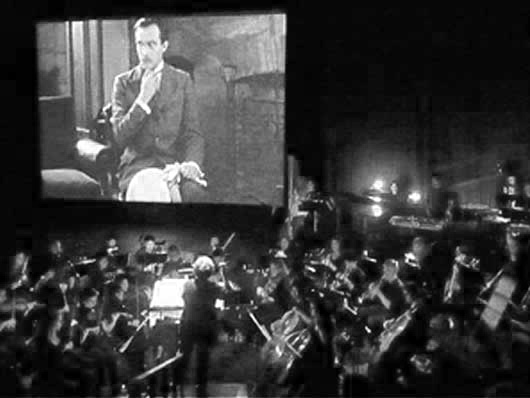 The main characteristic of the silent movies are the very strong non-verbal (sometimes very funny) play of the actors and actresses, because they did not have the chance to use verbal communication. But they placed some texts about the dialogues inside the movies – they were called ‘inserts’. 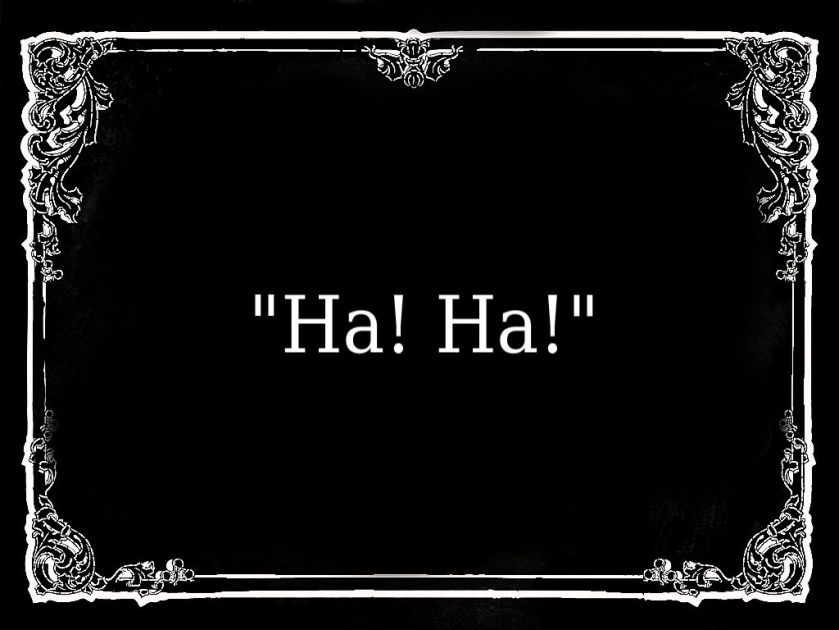 We are waiting for you! 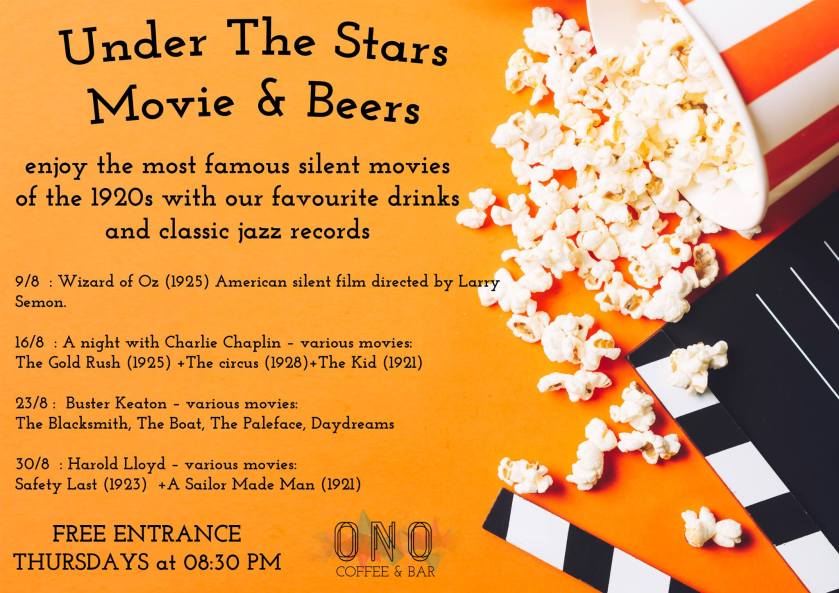 // I am a Hungarian woman living on the Greek islands since 2017. My interests are: human integrity, the archaic man, wisdom and abundance of nature, cosmic analogies & patterns in the psychic and material realms, women's health, self-awareness, self-healing. I have been working on my first book on Rhodes island (Greece) for several years. 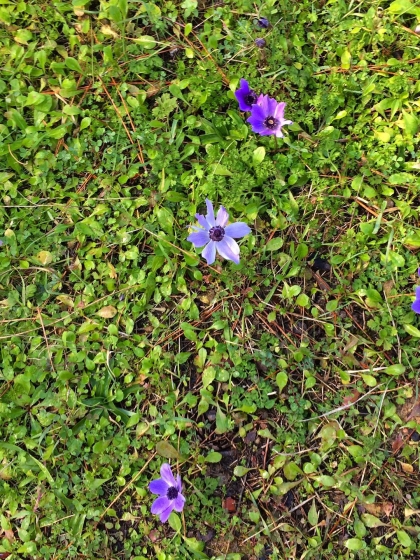 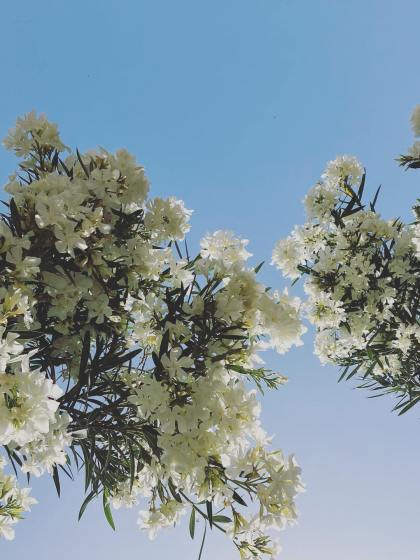 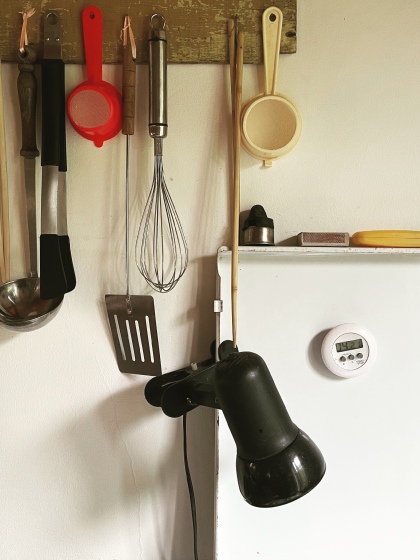 Originally posted on aho's homemade food:
I stopped blogging because I stopped eating. It was not a choice. Nor an eating disorder. Sometimes life throws so much... 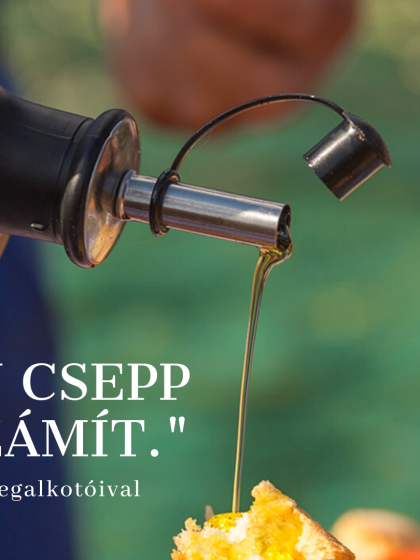 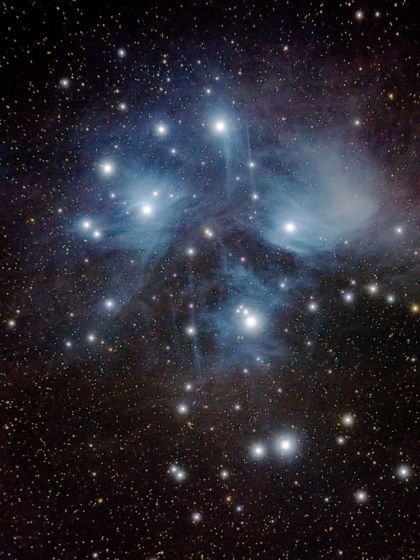 Are you looking for something specific?